Also of exceptional use (and of considerable beauty) is the Live In Concert self-titled debut by Italian ensemble Niton ... A highly beautiful experience
Julian Cope - http://www.headheritage.co.uk/
It's a surprise every second what is going to happen and makes it to the end result remains chilling . Ultra Dynamic music that goes beyond each category . Delicious !
www.subjectivisten.nl/caleidoscoop/

All in all a wonderful record , which is released by the Swiss label Pulver und Asche . I often find live recordings of improvisation sets boring , because the dynamics of the musicians often not well come into its own , but this album is a pleasant exception to the rule .
http://www.ravage-webzine.nl/

For this project the quality of the music and recording is high,
http://www.vitalweekly.net

Once, somewhere else, it could have been called “a happening”, where three musicians meet an audience and play, the audience letting itself be carried away by the events, and the recording simply depicting what occurs, without sugarcoating, modifying or correcting it. A session such as those heard in old jazz records.
Niton sees three different analogic sounds converging together: classical strings, pre-digital piano and instrumentation. The contrasting conceptions of the sound generation combines into a flow of changing features: experimentation, ambience, noise, progressive and electro are only some of the genres which  emerge from the course of Niton.
The Record will be released on November the 4th 2013
by Pulver Und Asche.

The Drone Nights, conceived by Xelius with the immediate complicity of El Toxyque, consist in live performances of intuitive music (based uniquely on improvisation), always taking place in different surroundings. The audience is invited to collaborate with its own meditation and relaxation so that the entire group triggers a channelled flow of intuitions.
The choice of instruments is open and changes from time to time, often  involving guest artists. For example, on 3rd October 2013 at the Officine Creative di Barasso the guest was Zeno Gabaglio, who settled in between Xelius and El Toxyque without any previous agreement, plan or consultation regarding what music was to be played.  Everything is born unpredictably from the sensitive interaction of each musician, listeners included. The Drone Night is a group journey, offered to curious souls, to discover what can be created from a shared silence. 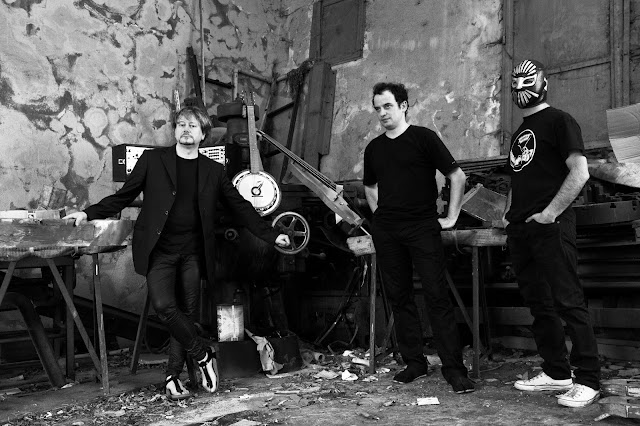 is a sound designer, composer of electro-acoustic music and sound technician. He has collaborated with numerous contemporary artists, designed and constructed analog devices for sound synthesis and treatment and offers his work both in-studio and out.
It all started at sixteen when he received an honourable mention arriving 4th at the 4th International Electroacoustic Music Competition “Luigi Russolo”. With Pietro Pirelli he then investigated rock sounds through the works of  the sculptors Pinuccio Sciola and Giancarlo Sangregorio for which he directed the sound in different exhibitive performances.
He collaborated with authors and producers from the commercial electronic dance scene of the 80s and 90s (Mephisto, Don Carlos, Elgar) and the contemporary pop scene (The van Houten, Andy from Blue Vertigo, Krisma, Garbo, Helalyn Flowers, Tibe). He also  gave life to the electro-pop duo Xelius Project: its first recording brought the signature of Henning Schmitz (Kraftwerk) for its mastering.

stands for Enrico Mangione (Mr. Henry, Lucha Libre, Downlouders) since, in 2005, he started exploring obscure sound possibilities through improvisation in extreme electronics with random objects and prepared, modified, self-constructed or simply mistreated traditional acoustic instruments.  The solitary exhibitions of El Toxyque are marked by a disturbing bond of theatricality, mystery and apparent nonsense (due to the use of a Mexican wrestler mask and to unorthodox instrument techniques) mixed with heavy doses of brutal sonic aggression.
Since 2012 he has collaborated with Xelius on the project of intuitive music performance “Drone Night” where the most bended sides of his music are smoothed in favour of environmental openings, psychedelic dilutions and mystical drones.

holds a diploma in cello, a Master’s  in free improvisation and a degree in Philosophy (Lugano, Basel and Florence). He has dedicated himself to music in a great number of different aspects favouring the more authentic – but on the other hand – less expected forms. He has published two records (UNO, Pulver & Asche 2007, Gadamer, Altrisuoni 2009), created a dozen theatre and cinema soundtracks participating in concerts in Europe, Asia and America and collaborated with various people such as: Bugge Wesseltoft, Michel Godard, Villi Hermann, Frankie Hi NRG, Teho Teardo, Garbo, Francesca Lago, Paolo Saporiti, Vinko Globokar, Xabier Iriondo, Angelo Tonelli, Dj Pandaj and René Burri.